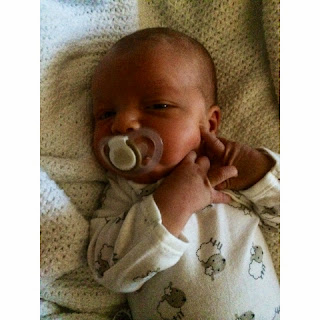 I can honestly say that it was the best day of my life, and in the last two weeks, my whole world has changed for the better. I have had many questions regarding my delivery story etc so i will try and give you all as much details as I can.

My waters broke at home at about 8.30am on Tuesday, after a week of slow labour and constant back pains. When my waters broke, I had no contraction pains, so after calling the hospital, I decided I would take my time, have a shower and blow dry my hair (stupidly thinking it was possible to look somewhat glamorous during labour – I was wrong!!)
By the time I had my shower, the contractions were coming every 4 minutes, so I knew I needed to get to the hospital asap.
We arrived at the hospital at 11am, and I was brought straight into the emergency room to be examined. I immediately started on gas and air, as the pains were coming so quickly and I was not getting much of break in between. I was already 3cm dilated when the doctor examined me, so I was brought straight to the labour ward to meet my midwife. 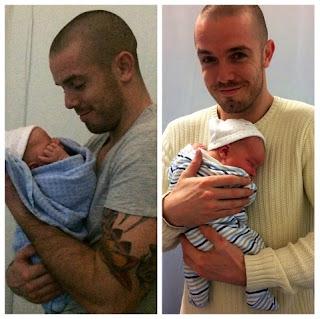 To be honest, I don’t remember entering the labour ward, as I was in a wheelchair and pretty high on the gas and air, so had my eyes closed trying to focus on getting through each pain.
The minute I met my midwife, I asked for an epidural, as I was struggling with the contractions. I had the epidural done, but unfortunately it didn’t work first time around. After an hour waiting on this epidural to kick in, the midwife called for another anaesthetist to put in a second epidural. At this stage I was totally fed up and the pains were becoming unbearable, but the minute the second epidural went in,I could feel the relief, and the contraction pains slowly started to ease off.
After about an hour I was examined again, and was 10cm dilated, so I was ready to deliver. The midwife advised that I should wait an hour before pushing, to allow baby to naturally come down slightly, and to give myself a rest before I had to push. They agreed to start pushing at 5pm, but by 4.40pm, the epidural was wearing off and the pains were coming fast again, so I asked to start pushing. 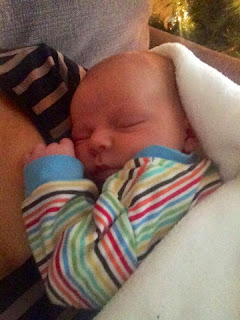 After a long hour and twenty minutes pushing, my not so little baby arrived. When he was placed on my chest, I couldn’t get over the size of him, but was in awe of how perfect he looked. His big eyes looking up at me, his golden hair and perfect pouty lips. I was instantly overwhelmed and cried my eyes out, in awe of him, and what I had just been through. Both myself and Paul just sat and stared at him, crying with happiness. From that moment, I realised my whole world had changed forever, and I was now this amazing little boy’s Mum. 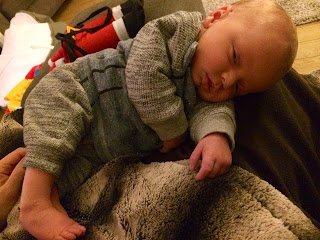 The past two weeks of have been the best weeks of my life. I cannot describe the feeling of love and admiration I have for my son, and how scary it is to love such a tiny little human being as much as I do. I already know I would give up my life for him, and will do everything in my power to make him the happiest boy on the planet. Myself and Paul have spent the past two weeks just staring at him, watching every move he makes.
Motherhood has already been the most amazing experience of my life to date, and I am envious of any mum to be, who gets to experience everything for the first time. You are in for the most overwhelming feelings of love and content. I feel like I have changed so much as a person in a matter of days, and everything I do is now with my son’s best interests at heart. 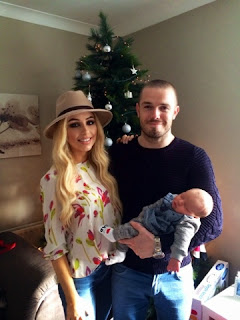 It is finally time to say goodbye to 2014. It will always remain the most magical year of my life, and I look forward to spending 2015 with my new little family.

Thank you to each and every one of you who has supported me this past year, and I look forward to an exciting and fun filled 2015 here on Hearts, Heels and Handbags (and Harry!)

Happy New Year to you all,

You may also enjoy: